Asian refereeing icon Ravshan Irmatov claimed his fifth AFC Referee of the Year accolade at the AFC Annual Awards 2014 gala. Irmatov won the award ahead of fellow nominees Alireza Faghani from Iran and Bahrain’s Nawaf Shukralla. An international referee since 2003, Irmatov was previously honoured in 2008, 2009, 2010 and 2011. This year has proved to be another excellent one for the 37-year-old, who set a FIFA World Cup record after officiating the quarter-final match between the Netherlands and Costa Rica in the 2014 FIFA World Cup in Brazil. That game saw the experienced Uzbek become the first referee to officiate at nine World Cup matches, beating the previous record of eight he shared with Joël Quiniou of France, Benito Archundia of Mexico and Uruguay's Jorge Larrionda. Irmatov also officiated at the 2011 AFC Asian Cup in Qatar and was selected to referee the final between Australia and Japan. "This award does not only belong to me, but it belongs to my teachers, my instructors and my colleagues, my assistants and everybody who has supported me," said Irmatov. "Being a referee in football is one of the important parts because the quality of refereeing can affect the game. Refereeing correct decisions makes football more beautiful and attractive and that is why I think the role of the referee today is very crucial. AFC is doing a lot for referee development in Asia and today Asian referees are the same quality as any other referees in the world". (Source: AFC) 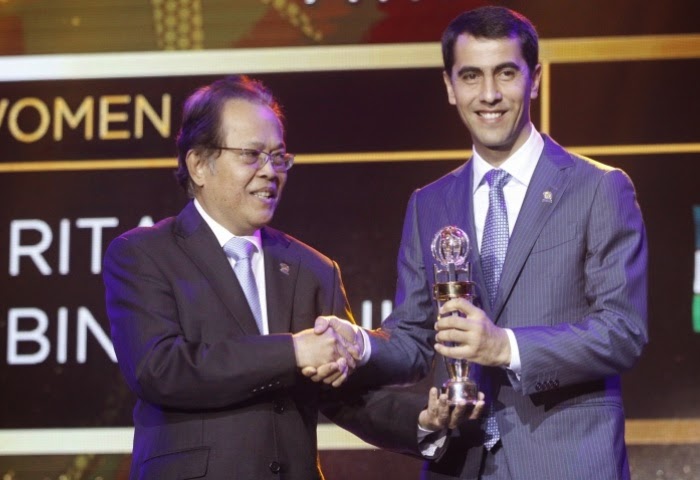