Benquerenca got a Champions League Quarter-final 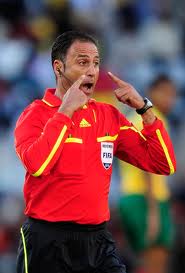 Olegario Benquerenca (POR) had already been appointed for the second leg of the UEFA Champions League, on 12-13 April 2011.

China disclosed on Wednesday the public details of the corruption cases of three Chinese soccer referees, including Lu Jun, who has been referred to in the past as China's best soccer referee. The three soccer referees Lu Jun, Huang Junjie and Zhou Weixin were arrested on charges of taking bribes last year. 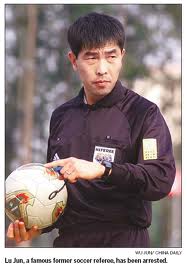 Details of Huang Junjie and Zhou Weixin's corruption cases were also revealed on Wednesday. Both were found to have made unfair calls that affected match outcomes after being promised commissions.
"Our investigation found that it was a common practice for football clubs to give bribes to referees," said Cui Weidong, an official in charge of the case. "Football clubs gave bribes to referees through a variety of means. On most occasions, they gave cash directly and the amounts varied according to the importance of the game," Cui added.

China has been cracking down on match-fixing scandals and gambling since November 2009, when a new initiative was made to bear down on these illegal activities. Nan Yong and Yang Yimin, both former vice chairmen of the CFA, were arrested for alleged match-fixing and bribery last March.
Xie Yalong, another former vice president of the CFA was arrested for bribery last October. Soccer insiders have stated that an anti-corruption supervision mechanism should be put into place to guard against match-fixing scandals and gambling. 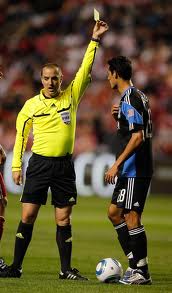