Rohit Saggi and Kristoffer Hagenes are the new FIFA referees from Norway, replacing Martin Lundby and Svein Erik Edvartsen. Lundby wants to prioritize his business career, since he is regarded as one of the biggest management talents in Norway and is currently an executive at one of Norway's largest companies. Edvartsen had a conflict with the NFF Head of Refereeing, Terje Hauge, then he was accused of writing e-mails to other referees about this issue under a fictive name. Consequently, he was fired and has not handled an Eliteserien game since 6 November 2016. Edvartsen has sued the federation, demanding to be reinstated both in his civil occupation as an executive at the NFF office and as a referee. He has also sued the director of public relations at NFF (his colleague) for making defamatory statements. 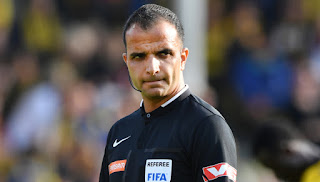 Firstly, Edvartsen had a conflict with Hauge, which was resolved, but shortly after that several referees went out in the media, one assistant even crying on TV, claiming Edvartsen had been harassing them both in person and on WhatsApp. Most of the referees went out and said they would not referee anymore if Edvartsen was reinstated. He was then suspended again, with an agreement that he would be back in 2018. He was also paid to make up for expenses lost for not refereeing. Then, about 40 e-mails emerged, all sent under a fake name to NFF and Norwegian media, that praised Edvartsen, while criticising and making accusations about Terje Hauge and other referees. Edvartsen was then dismissed from his civil job at NFF and immediately sued them to get his job back. It does not help that Edvartsen has a lawyer who is regarded as Norway's best and also is his best friend. The tone has been extremely confrontational. Edvartsen has the support of several disgruntled referees, including Moen’s former AR Andas, who actively support him. However, nobody has come out and claimed to have sent the e-mails in question, while a lot points towards Edvartsen at least having sent some of them (IP address has been pinged to the area around his house). The case will come before the Oslo City Court at the beginning of 2018, and it will be a high-profile case with massive media coverage.