A milestone en route to Russia

"We are always looking to improve and we will work hard to be as prepared as we possibly can for the World Cup", said Pierluigi Collina, Chairman of the FIFA Referees Committee, in an address to 36 of the world's best referees and potential World Cup officials in Abu Dhabi. 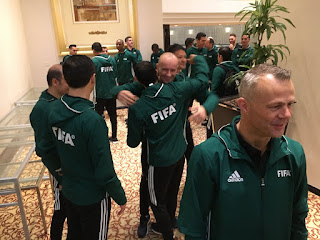 The capital of the United Arab Emirates is the venue for a five-day seminar, set to end on 30 November, which represents an important milestone on the road to the 2018 FIFA World Cup Russia for the participants. Massimo Busacca, Head of FIFA's Refereeing Department, emphasised the significance of the conference: "Just as it is for football teams, it's important for referees to meet up regularly to prepare for a major tournament in order to develop a collective philosophy." Key topics on the course include consistency and uniformity; the ability to read the game from technical and tactical points of view, as well as understanding different mentalities of players and teams. 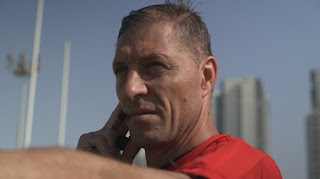 Argentinian referee Nestor Pitana, one of the most experienced officials participating, explained further: "There are always three teams on the pitch: team A, team B and the refereeing team. The sessions will be intensive in the coming weeks, and everyone will give their all and exploit their potential in order to increase their chances of actually being at the World Cup next year". 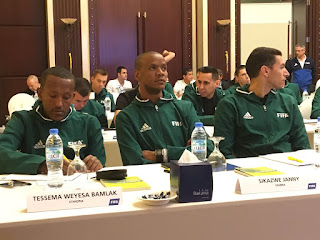 The referees, including representatives from every confederation, are divided into small groups and have theory classes in seminar rooms in which they discuss videos with diverse match situations, as well as practical sessions on football pitches. In these latter exercises, players and referees gather together to simulate in-game events. The officials receive immediate feedback regarding their reading of the game, positioning, viewing angle and decisions. The work of and with Video Assistant Referees is also addressed. Nevertheless, Collina underlined that, "The referee is always in charge of what happens on the pitch." The FIFA Referees Committee will decide on the final list of officials to participate at Russia 2018 after this seminar and following the conclusion of the FIFA Club World Cup, which will be held from 6-16 December 2017 in the United Arab Emirates. The list is scheduled to be announced in January 2018.