Bibiana Steinhaus will referee the 2017 final between Lyon and Paris Saint-Germain in Cardiff on 1 June, having overseen the sides' semi-final first-leg meeting last season. The 38-year-old German police officer, whose father was also a referee, has been officiating at international level since 2005, and was fourth official for the first leg of the 2007 UEFA Women's Cup final – the predecessor competition to the UEFA Women's Champions League. Steinhaus also took charge of the 2011 FIFA Women's World Cup final, when Japan beat the USA on penalties in Frankfurt, and the final of the 2012 Olympic women's football tournament at Wembley, when the US overcame Japan 2-1. Last season she officiated when Lyon and Paris met in the first leg of their UEFA Women's Champions League semi-final, Lyon running out 7-0 winners. (Source: UEFA) 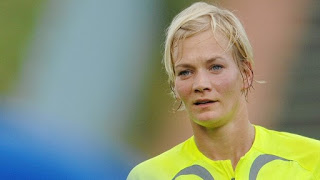