With more than three years time to the 2018 World Cup, FIFA has organised a series of seminars for elite referees who are prospects to take charge at future FIFA competitions. Following the successful events in Chile and Qatar, a third seminar was held at the end of November in Zurich at the Home of FIFA. The aim and objective of the series is to improve the preparation and training of referees, while streamlining the selection process for future FIFA competitions. FIFA President Blatter attended the opening of the seminar and welcomed the referees to the Home of FIFA, praising them for a job well done at the 2014 World Cup. He also gave his full support and recognized the role they play in upholding the laws of the game, protecting its integrity and ensuring safety of the players. The referees participated in theoretical sessions in the classroom and had an opportunity to put what was discussed into practice on the field of play. The theory focused on a wide variety of topics, such as reading of the game, positioning to adjudge offside and teamwork. Further emphasis was given by FIFA’s Head of Refereeing Massimo Busacca regarding the importance of making the right decisions to protect the safety of the players and emphasizing how to obtain the best position or angle of view to judge the critical incidents in the penalty area. Videos of incidents from 2014 World Cup matches were discussed by the participants and advice was given on correct interpretation to achieve consistency and uniformity. They also took part in a series of fitness tests, including 40-metre sprints, a high intensity interval test and the dynamic yo-yo test. Pitch-based practical sessions gave the referees a chance to deal with situations on the field of play with players from Swiss Super League clubs FC Zurich and Grasshoppers. The players conducted a series of drills that was designed to simulate patterns of play during a match, with immediate feedback given to referees regarding their reading of the game, their movement, position, angle of view and decisions in the hope to improve performance. (Source: FIFA) 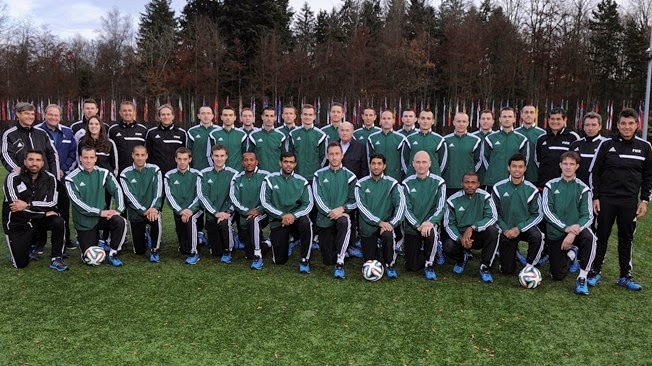