France-Nigeria in the Round of 16 will be officiated by Mark Geiger. For the 39-year-old American, it will be his third match in this competition after Colombia-Greece and Spain-Chile. Geiger (photo) has been an international referee since 2008 and he oversaw the finals of the FIFA U-20 World Cup in 2011 and the CONCACAF U-20 Championship that same year. In 2012, he was in charge of two matches at the Men’s Olympic Football Tournament and in 2013, he refereed at the FIFA Club World Cup.
Sandro Ricci, 39 and from Brazil, will oversee the Germany-Algeria. The referee from the host country has already officiated France-Honduras and Germany-Ghana at this tournament. In his career so far, he has been in charge of four matches at the FIFA U-20 World Cup 2013 and two at the FIFA Club World Cup of the same year, including the final between Bayern Munich and Raja Casablanca. 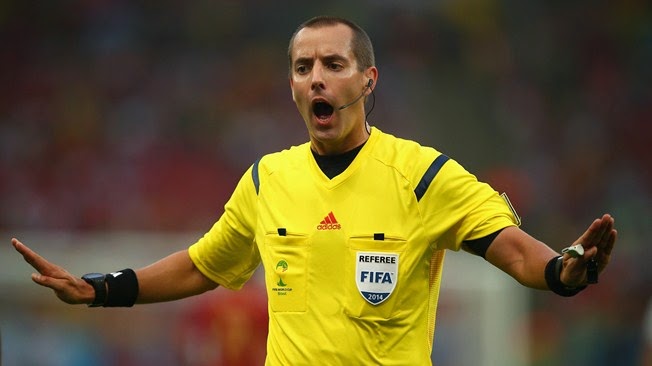